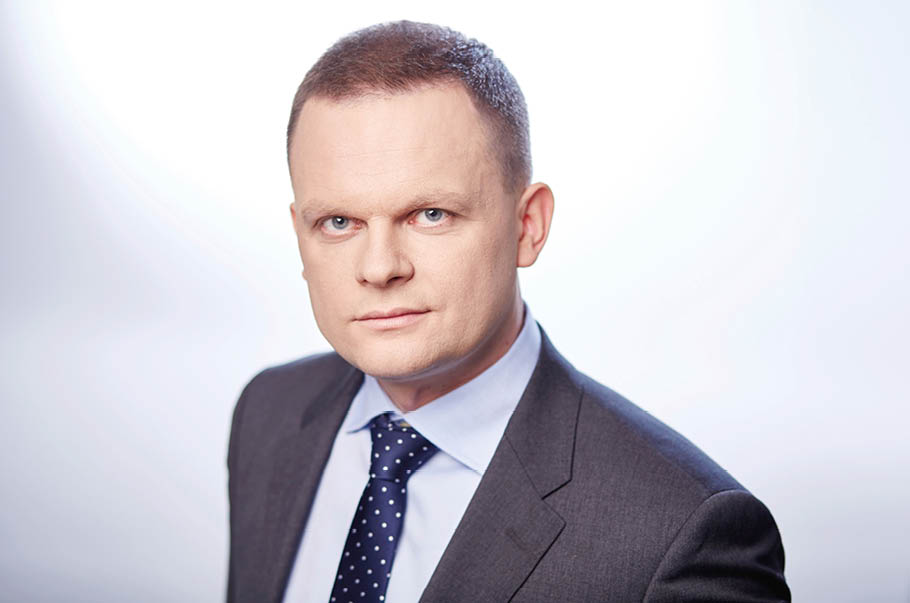 More and more people are trying to reduce the red meat in their diet – because it’s not healthy, neither for our bodies or our planet. Eating habits of our consumers are changing, so does the producers. We talk with Łukasz Dominiak, CEO of KRD and our topic is the poultry industry in Poland.
How has the condition of the Polish poultry industry changed in recent years (and what is its current situation)?

Europe’s leading poultry meat producer and the main poultry exporting country in the world – this is a brief summary of the Polish poultry industry today. This level has been reached thanks to the constant increase in production – since Poland’s accession to the European Union in 2004, our production has tripled!

Polish farmers and producers are aware that growing exports and the constant search for new markets are the key elements of success. You can buy Polish poultry, i.a. in Germany and the United Kingdom but also… in China. South Africa is a fairly new, but very promising market for us. This is important insofar as the income generated from the exports of poultry meat constitutes an important part of the Polish economy.

It should be noted, however, that our industry would not have reached such a level, if it were not for the legal regulations followed by Polish farmers and producers. According to EU directives, no hormones or antimicrobial growth promoters may be used in animals raised for slaughter. That is the law, and every Polish operator has to respect these rules.

What kind of challenges is the Polish poultry industry facing?

The key challenges are linked to the international political situation. Brexit is one of the two main issues. Statistics clearly indicate that the United Kingdom is an important export destination for Polish Poultry meat. Over the first five months of 2019 alone, nearly 13 percent of products intended for export to the European Union was sent to Great Britain. If the no-deal Brexit scenario is realised, there will be a serious risk of a temporary loss of a strategic market.

At the opposite end of the spectrum is the free trade agreement signed between the European Union and Mercosur countries, of which Brazil is the leader in poultry production. Poultry meat from South America that will enter Europe free of import tariffs will pose a significant competition to European farmers and producers, including Polish operators. However, there is another problem stemming from the agreement, one that is a real threat to the safety of European consumers. Brazilian poultry does not meet European standards and the fact that the trade agreement has been signed by European authorities is even more puzzling in light of the fact that non-compliances regarding the subject matter had been indicated by EU experts. Audits carried out by competent EU bodies have highlighted a number of serious discrepancies in the Brazilian food production supervision system. The authorisation for use of EU-prohibited substances, no need for prescriptions to purchase most of veterinary medicinal products, and no obligatory record keeping of substances administered to animals are just some of the areas in which the Brazilian poultry falls behind the meat produced in accordance to the requirements of EU legislation.

The strengthening of trade relations with non-EU countries is seen as the main growth opportunity. We focus our efforts mainly on the Asian markets. In July 2019, following our organisation’s invitation, Poland was visited by the representatives of CIQA, a Chinese organisation supporting the government agency GACC in the process of issuing export permits to the Chinese market. The visit lasted a couple of days and resulted in the Chinese side willing to expand the cooperation. It is worth noting that the Asians are fighting the ASF virus. With the largest global pig meat producer having to stamp out one third of its pig population, there is a chance to increase our poultry exports in order to offset the demand for animal protein in the Central State.

What kind of help can the small producers count on with regards to the barriers they meet?

The main goal of the National Poultry Council – Chamber of Commerce is to assist poultry farmers and producers. The problems encountered by small companies are concentrated mainly in the areas of administration and know-how. Through the membership in our organisation, market actors gain the support in implementing technological, administrative and scientific innovations. Our Members are also represented at the national and international levels.

In recent years, the most important element in the promotion of Polish poultry abroad was, among others, our participation in multiple fair events, such as ANUGA or SIAL, both in Europe and globally. Business contacts with leaders of the sector on the world market enable us to constantly pursue the policy of strengthening relations with the potential importers of Polish poultry meat. Promoting our poultry meat is one of the key elements in securing the interests of poultry farmers, producers and poultry meat processors associated in the National Poultry Council – Chamber of Commerce.