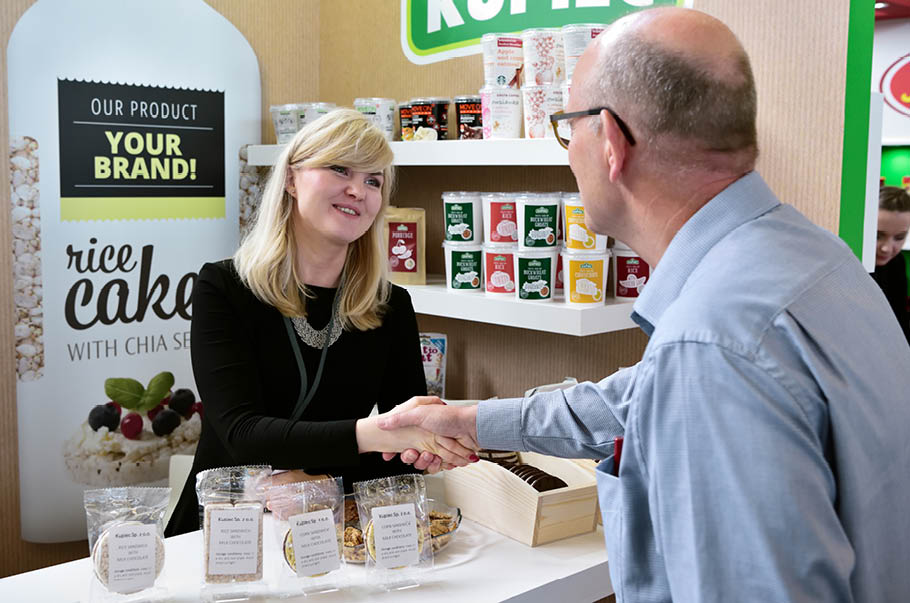 The popularity of private label keeps growing across Europe. The latest Nielsen data shows that market share for retailer brands has climbed to all-time highs in 9 European countries and for the first time stands at 30% or above in 15 of the 20 countries tracked for PLMA’s International Private Label Yearbook.
The 2017 Yearbook statistics reveal that private label’s market share reached all-time highs in Germany, Italy, The Netherlands, Belgium, Poland, Austria, Sweden, Norway and Denmark.

The biggest market share increases were posted in Austria, up 2.8 points to 43%, followed by Germany, up 2.1 points to 45% and Poland, up 1.4 points to 30%. Seven countries now have market shares of 40% or higher: United Kingdom, Germany, Austria, Belgium, Switzerland, Spain and Portugal.

Brian Sharoff, President of PLMA, says, “The latest Nielsen statistics reveal clearly that 2016 was another good year for retailer brands in Europe. This continues a long-term trend which shows that private label’s success isn’t tied to economic cycles but reflects the growing confidence shoppers have in retailer brands.”

Market share in the United Kingdom stayed above 45% and appears ready to resume growth as supermarkets expand their private label programmes to combat the competitive challenge from discounters. In France, private label penetration remained over 30% for the thirteenth consecutive year.

Poland led the way among the Central and Eastern European countries, climbing more than one point to cross over the 30% market share mark. Hungary stayed steady at 34%, while Czech Republic and Slovakia remained over 30%.

Among the Mediterranean countries, market share in Italy climbed for the fifth consecutive year, posting its biggest increase since 2012. Private label penetration is expected to increase as Aldi enters the market and Lidl looks to add more stores there. Greece and Turkey stayed above 20%.

More shoppers than ever are finding the best wines to buy at their supermarkets and hypermarkets. Wine sales in supermarkets, hypermarkets and discounters in Europe have climbed over 90 billion euros and, in markets like France, Germany, Spain and the UK, it represents 60% or more of all wines purchased.

Retailers’ private label wines have been gaining momentum and now has morphed into a sophisticated assortment of reds, whites, roses and sparkling wines at almost every major retailer. Aldi and Lidl have supercharged the category by offering award-winning quality at low, discounter- prices.

The high quality of private label wines will be in the spotlight in 2018 when the Private Label Manufacturers Association’s International Salute to Excellence Wine Awards takes place in Amsterdam. Nominations have now gone out to retailers around the world.

Two panels of industry experts including Masters of Wine, sommeliers, wine professionals and journalists will convene in Amsterdam in April to evaluate the wines one-by-one. Wines will be judged on the basis of traditional criteria such as color, nose and taste. Wines selected for the judging were either submitted by retailers or purchased off the shelves at stores. At PLMA’s 2017 Salute to Excellence Wine Awards there were 48 Award winning wines from 13 countries covering 22 red and white categories.

Brian Sharoff, President of PLMA, said: “The trend toward private label wines is extremely strong. Retailers like Tesco, Carrefour, Aldi and Lidl have set a high standard of award-winning quality at low prices. And the public is responding. The penetration of private label wines around the world has climbed rapidly in recent years and with e-commerce growing, the trend is additional expansion.”

The wine panels are part of PLMA’s International Salute to Excellence Awards, in which retailers submit new and innovative private label products for industry recognition. Last year food, wine, home and health products from 83 retailers in 28 countries were considered for awards.