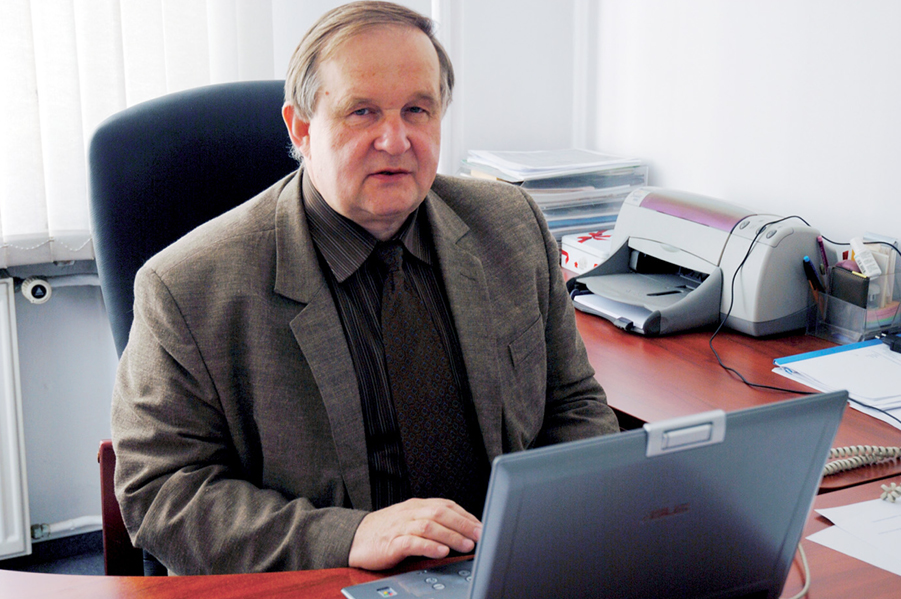 The primary advantage of a private label is that it enables both the manufacturer and the brand owner to build their image as providers of quality and affordable goods, and to promote their brand identity on the domestic and foreign markets.
In other words, it supports brand recognition and authenticity among consumers. In a way, private-label products are shared products with a shared identity built through joint responsibility for customer relations and a competitive advantage domestically and exports-wise. Exporting from Poland, we might add, is unusually preferential due to the favourable terms of trade (pricing terms domestically and abroad) for companies and the beneficial situation in terms of the comparative advantages for the sector and the economy at large. Poland is, then, a good market for private labels. This includes both the manufacturers and the retailers/suppliers, as well as dynamic exporters enjoying solid relations with retailers and wholesalers on foreign markets. Contrary to what some people believe, private-label companies are not doing any harm to the economy or consumers by having contract manufacturers produce their goods under their own label and distributing these goods in Poland. Usually, but not exclusively, this includes products which are either not manufactured, or unknown, in Poland, but representing commercial and cultural potential.

Private labels, mainly in the food sector, have relatively quickly upgraded from being synonymous with cheap and usually low-quality products to being successfully positioned as standard and premium products. What’s remained, however, is the pricing edge over comparative brands. While previously it was common practice for private labels to imitate the characteristics and colour patterns of branded products, now private labels have forged their own identity, image and qualities. Moreover, the sales of branded products in retail chains are to some extent boosted by the presence of private labels. Private labels with a strong market position, including especially retail and wholesale private-label product lines, keep sales going. It is these labels which position a store (or a chain) as a strong market player, and, in a way, elevate other products, including branded products. Rather than pushing branded products out of the market, private labels support them in specific categories, including most often premium categories. So, it’s a win-win situation – for the chains (and their stores) – by earning a reputation for offering good products (private-label and branded) – for the manufacturers, both own-brand and private-label contractors, – and, of course, for the consumers, who in addition to buying quality products, can mark their social status as rational buyers. The icing on the cake is the cost leverage which a private label can give over traditional branded products. This development can be seen not only in Polish discount stores, which are now on a firm course to succeed on the deli market, but also in exports of FMCG and some non-food products, e.g. furniture.

a little bit of history

It’s worth taking a look back at how it happened. In the early 21st century, private labels grew quietly, off the mainstream, being considered an invention of discount chains. They were positioned as low-priced and standard products, and held in ill repute (often undeservedly). Private-label premium items were the exception to the rule, finding their way mostly into deli stores. Underlying this exception was the enormous competitive challenge posed for Polish-owned chains by the growing bulk-sale market (discount stores, supermarkets and hypermarkets, which then led in sales volume). In response to this challenge, the “Polish” part of the retail market – both small and medium-sized franchise chains, and emerging supermarket chains owned by single companies – made an effort to bolster their position by pitting high quality, tradition and familiarity against the foreign mass scale and low quality. Riding this wave of opportunity, Polish chains developed their own products and marketed them as “craft”, “traditional”, “regional”, or “Polish”, “family”, “home-made”, etc. This way, deli stores created the notion of product uniqueness, whose message was quickly embraced by small and family stores, both single and chain. While this was largely a marketing device, it resonated with the public pretty well, and made a case for pushing up prices. Even if consumer behaviour did not reflect this shift – most people shopped in mass stores, which continued to sprout up – a certain sentiment remained, which would later have a significant impact on the developments in the retail market we see today. It is a highly competitive market, which is committed to offering reasonably, but not the lowest, priced goods. Competition on this market, then, is driven by quality and by the familiarity factor behind various products, including private-label products.

Underlying this development was the 2008 crisis, and, while Poland did not slip into recession at the time, experiencing only a slowdown, the crisis set in motion a significant economic process within the distribution sector. On the one hand, businesses began to cut corners, while desperately trying not to lose their customers and sales. On the other hand, customers were not willing to cut down on consumption, but they also couldn’t manage to pay the prices they had paid until not long before. This was a perfect opportunity to tap into the potential of private labels and export cheaper products to the western Europe, where our products would be clearly cheaper without being inferior. It proved to be a successful strategy, particularly for recognised importers and retail distributors rolled into one. These managed to drum up substantial business and generate substantial value. In these circumstances mass-scale stores, mostly discount stores, embraced the competitive strategy of upscale stores by developing their own standard and premium brands. Taking advantage of their scale and distribution capabilities, they quickly set in motion a process whereby deli products found their way into large retail chains. From then on, no retail player could be successful without launching their own premium line of private-label products. So, it was quality (and good price) which helped discount chains rise to the top, and which caused the emergence of the upscale range for all in other formats, including smaller formats franchised by wholesalers.

But what about the various forms of delicatessens – from small, Colonial-type delicatessens, to deli supermarkets? Well, they found themselves in a tough competitive environment, since their “competitive Wunderwaffe” (familiarity combined with quality) had become commonly available. So, those who managed to bring out cheaper products and catch up with the market leaders price- and strategy-wise have pulled through and continue to grow, whereas those who clung to their old model too long have dropped out of the market, as was the case with a well-known and respectable upscale supermarket chain from Kraków. Either way, the Polish market holds its door open to new private-label concepts and sales strategies. What is currently all the rage is the concept of umbrella brands, or family brands, or even exclusive brands that are almost private labels. Indeed, cooperative business strategies are on the rise on both the supply side (production and imports) in the manufacturing and commercial sectors, and the demand side (attracting customers domestically and abroad). Mind you, the former case does not involve only marketing and sales support, or logistics, but also joint investments in commercial or manufacturing infrastructure.

It’s safe to assume that the next stage, and the prevailing recipe for success, for private-label chains will be about investing in medium-sized food manufacturers. These manufacturers have been mostly overinvested during the last decade, due to easily accessible EU funds – as technologically sophisticated as they have become, they can’t cope with the pricing reality of the market, which is dictated by large manufacturers. Faced with the pricing and volumes driven by the largest manufacturers, medium-sized enterprises have to rescue themselves either by going into specialised sales, preferably export, or by looking for capital partners to open up mutually beneficial access to sales channels and drive competitive prices. If the powers don’t come up with any regulations to stall this development, the coming years will see the emergence of vertical conglomerates, which will manufacture excellent-quality products for their own chains – for the internal and export markets of their own chains. A number of hypothetical scenarios can apply here – one possibility is the emergence of a retail/manufacturing system mainly based in Poland and focused on exports; the other involves foreign investors’ taking over in order to source products for other markets. It also cannot be ruled out that manufacturers will take over local chains, although not on a comparable scale. Wholesalers with franchise chains will play a significant role here. Whatever happens, some interesting times are ahead for private labels. It seems that they will consolidate their market position, the more so because of the vertical consolidation processes, since these will involve the search for effective competitive solutions.

The processes and trends outlined above can be illustrated by numbers. Between 2009-2013, private labels grew by more than 2 percentage points a year, and 2013 saw them claim 33 percent of the consumer market, a whopping increase from the 28-percent share a year before. Deflation slowed down this process a little, as all prices started to fall and private labels lost some of their edge. With a 37-percent market share in the last year, though, they are doing pretty well. Private-label leaders such as Switzerland, with a 53-percent market share, and Spain (52 percent) are way ahead of Poland. Germany, though, with a 44-percent market share, seems to be within our reach. Moreover, having embraced the deli-oriented strategy, the Polish market can evade the trap of the “poor” retail sales model of ALDIfication, which Germany fell into in the 1990s and struggled to free itself from, with Government support, for almost a decade. Private labels – as the entire model of affordable and relatively high consumption (as for the income level in Poland; the EU average is 60% of per-capita income) – are a new phenomenon. Over a relatively short period of a decade, these products have managed to shake off the label of “niche” (initially, they were perceived as such by about 40 percent of consumers). A 2013 on Board Group survey showed that 97 percent of the respondents were aware of this type of product. However, only about 40 percent of the respondents were willing to admit that they purchased private brands, so more work had to be done on the image of these brands. The situation has changed substantially since 2013; as a number of recent surveys have shown that about 70 percent of the respondents admitted to buying private labels. The deli-oriented strategy of discount stores deserves a lot of credit for this. The impact which private labels have had on developing the economy and driving upward trends can be seen in commercial exports (mainly intra-community). Estimated at about PLN 10 bn, these exports go mainly to the UK, Germany, the Czech Republic and the Benelux countries. About 80 percent involves food, with about 70% being private labels or branded products, tailor-made or exclusive products, or umbrella brands. This means that brands have great potential. This potential is a major driving force for the economy in both the accounting and marketing sense, and it can be measured by sophisticated investment and consumption ratios.