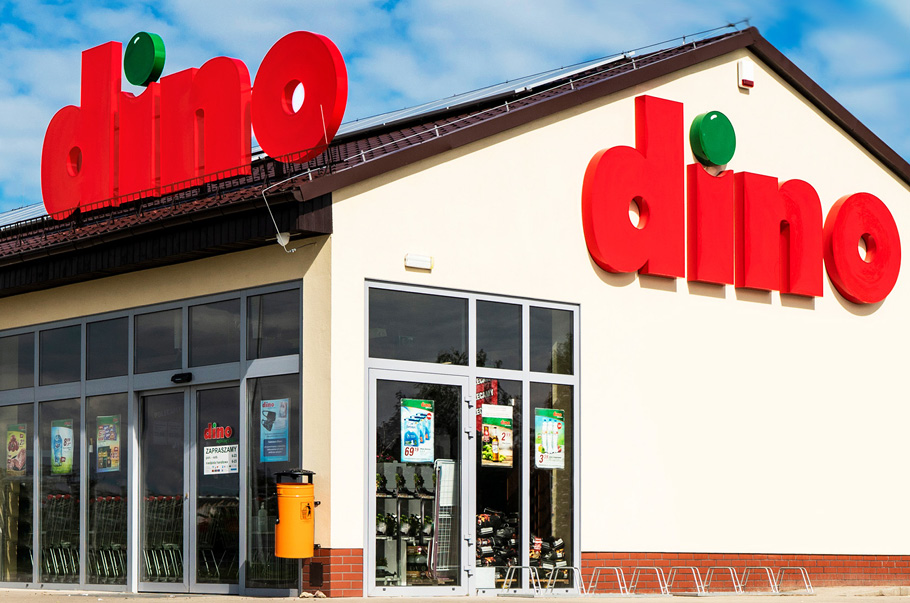 Dino is definitely accelerating its pace of development. This year, as many as 343 new stores have been established under the chain’s sign, i.e. almost 90 more stores than 2020.
The Dino trade chain already has 1,815 stores with a total sales area exceeding 710,000 m2. In 2021 only, as many as 343 stores have been opened under the Dino sign. The pace of expansion has definitely accelerated at the end of the year. Over the first three quarters, the chain expanded by 234 new stores. This means that more than 100 new shops have been opened between October and the end of 2021.

In 2010, the chain only had 111 stores. Years later, at the end of 2021, there are as many as 1,815 locations. Apart from the considerable development of the number of stores, Dino Polska also records impressive growth in revenues. These have exceeded PLN 9 billion after three quarters in 2021. This is nearly 30% more than in the analogous period of 2020.

Dino has real opportunities of catching up with Biedronka. According to a survey conducted by Proxi.cloud and UCE RESEARCH, almost 60% of Polish people shop in Biedronka, while Dino is already being chosen by more than 30%. However, it is the Polish chain that shows a more dynamic pace of development, and its shops also record a higher dynamic of sales growth.
Weronika Piekarska of Proxi.cloud

Despite its dynamic development, Dino still has a lower share of visits than Biedronka. This conclusion may motivate the Polish chain for a two-way action. The first option is to focus on opening stores in communes where Biedronka currently has no outlets. The other one is direct competition, or establishment of more new points in areas where Jeronimo Martins already has shops of its own.
Mateusz Chołuj of Proxi.cloud