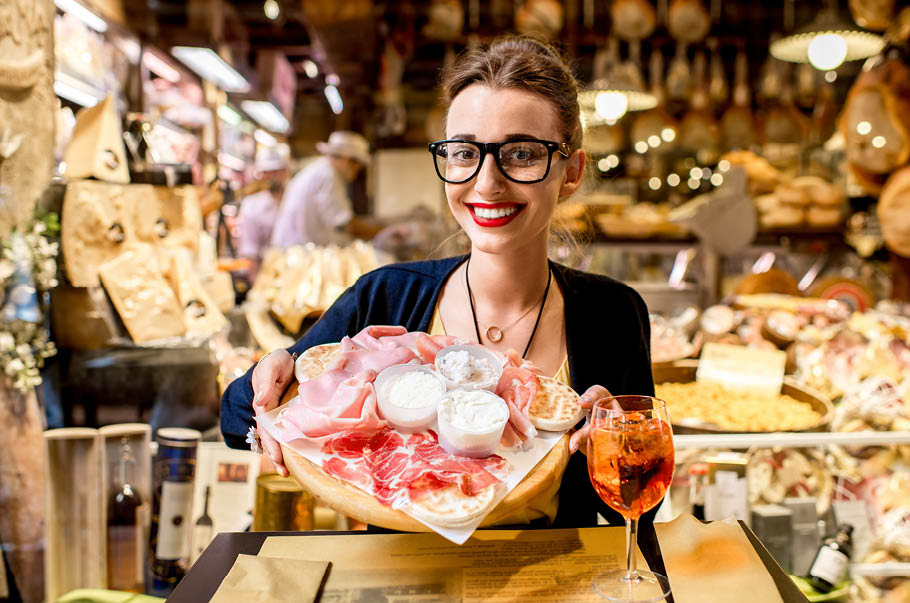 Italian cuisine has reigned in the ranking of Poland’s favourite foreign cuisines for many years. Italians are increasingly willing to reach for Polish specialties, too.
Meats, soups and sweet pastries are the Polish cuisine specialties Italians are tempted to taste. Poles, on the other hand, still take delight in pizza, caprese salad or pasta and increasingly prepare them using original products brought from the Apennine Peninsula. The trade exchange in food products between Poland and Italy is on the rise.

“In particular, Italians export pasta, olive oil, cheese as well as confectionery and cocoa-based products. The scale of food exports from Italy to Poland has doubled in the last two years, and it is still on the rise, which makes us very satisfied,” says Antonio Mafodda, the Director of the ICE Agency of Promotion and Internationalization of Italian Enterprises from the Section of Trade Promotion of the Italian Embassy to the Newseria Biznes information agency. “The Poles appreciate Italian cuisine; above all, due to the diversity of tastes being a significant part thereof. This is due to the high-quality ingredients used in Italian dishes. Therefore, it is so important that Italian dishes be made of original ingredients.”

For many years, the Poles have named Italian cuisine as their second most favourite following the domestic cuisine. The same is shown by the data from companies involved in food delivery from restaurants. Moreover, Italy has been at a high position in the ranking of Poland’s partners in foreign exchange for many years. In 2018, they held the fourth place on the list of countries from which Poland brings commodities, and the fifth position on the list of Polish product recipients. The value of exchange, despite turbulences in the Italian economy, amounts to EUR 21.5 billion, and although Italy’s share in the trade exchange of Poland dropped last year, it rose nominally in all currencies. Only exports from Poland remained at an unchanged level.

“The amount of food exports from Italy to Poland is estimated at approx. EUR 1 billion,” Antonio Mafodda says. “Italy is the largest wine exporter to Poland. The exports are estimated at EUR 60 million.”

Wines remain an indispensable ingredient of the Italian cuisine. Despite a common misconception, this country has been the largest producer of wine for several years.  48.5 million hl of wine were produced in Italy in 2018, in comparison with 46.4 million hl in France, the runner-up.

“Italy is the largest wine exporter, not just to Poland but worldwide. The amount of exports is estimated at EUR 6 billion annually,” Antonio Mafodda says.

However, food exchange has a two-way nature. The Polish cuisine, traditionally heavier by nature, is cutting down on fat, just as the Italian one, rich in carbohydrates, and manufacturers pay increasing attention to the health-improving advantages of their products. The Italians particularly appreciate Polish meat.

„The Italians love a good eat. We are also open to new tastes. Therefore, the question whether the Polish cuisine is likely to conquer Italian hearts can be answered simply: yes, it is! Speaking of individual products, many Italians visiting Poland praise duck, venison, as well as delicious Polish confectioneries, such as apple pie. Moreover, Polish cuisine can also offer very good soups, such as the porcini soup,” Antonio Mafodda enumerates.

In total, Italy imported EUR 1.6 billion worth of agri-food goods from Poland in 2018, including live animals and raw materials. This is more than 5% of last year’s entire exports from Poland in this area. The inhabitants of the Italian Peninsula are also willing to reach for Polish processed products. According to the Central Statistical Office of Poland (GUS), food preparations accounted for approx. EUR 698 million in exports and just EUR 424.6 million in imports in 2017 (no data for 2018 are available yet).