Export – let us keep an eye on the European market 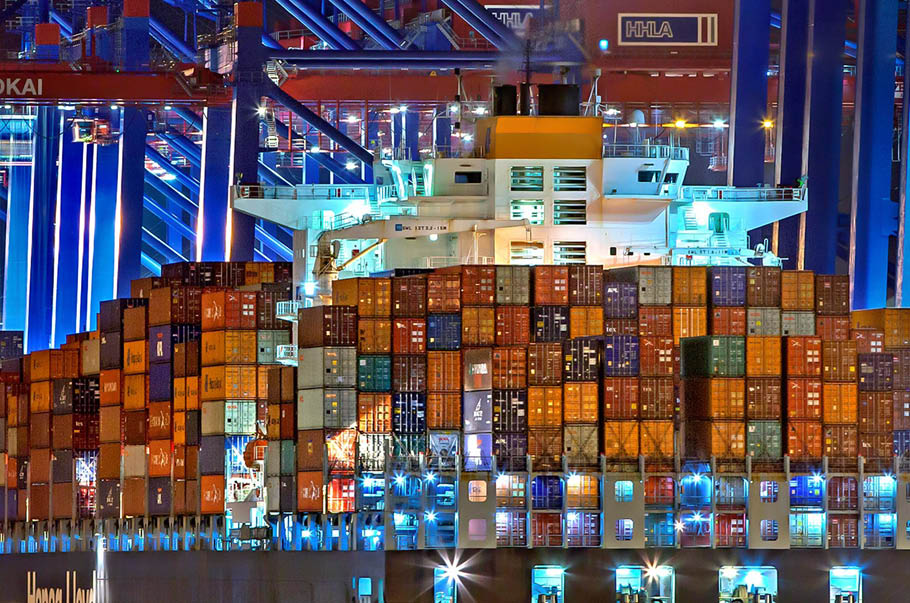 The success of our food exports is derived from the success of the domestic food market. However, it would be naïve to think the reduction of the internal market power through restricting chain companies could be compensated for with exports so that producers would not be left without customers.
Weaker trade at home means weaker exports (along with imports) – since companies first forge their offer and market power at home to enhance their opportunities later. After several decades, the GDP can be entrusted to exports (as is the case e.g. in Germany where approx. 80% of the GDP is provided by exports), but this usually means several intense decades of development and increasing of one’s presence on markets with hard technological and financial advantages as well as a previously “filled”, strong internal market. Young, “shallow” economies risk a lot by trusting exports while their internal market is relatively weak – as shown by the 2009 crisis. The Polish strategy, assuming expansion of the internal demand and gradual addition of external markets, is surely safer – as evidenced by the period of the “green island”, and the weakening economic situation will probably show it again soon. This is simple, even if hard to stomach in certain economic circles. In my opinion, what we do in Poland is confirming, as if on our own example, the thesis by Josef Schumpeter that the most reliable basis for successful and sustainable exports is the power of the internal market – its innovativeness, entrepreneurship, competitiveness. This gives rise to stable development and resistance to turbulences on markets where our influence is relatively limited.

For almost 30 years, Poland has been going through a period of great innovation – either enchanted in the entrepreneurial guile of smaller and growing companies or in the mass inflow of great foreign investments. This is a soil allowing the life-giving demand and GDP to grow – goods are manufactured to be sold, and sales take place on a competitive market (provided by demanding trade), while surpluses are exported. In addition to reducing prices and boosting the scale of supply, the competitive bar of the internal market also creates quality and technological regimes. Therefore, companies and goods, as if hardened in the fire of domestic competition waged under new principles brought from the outside, stood  ready to compete on export markets and succeeded. The fact that approx. 70% of all food exports is accounted for by large companies should come as no surprise, just as the role of these companies in the chain segment of trade. The factors behind them are their financial, organizational, communicational or technological advantages, quite normal for such enterprises, but… smaller companies in Poland have a strong position too, having finally started to matter at home and in food exports after many years of absorbing development funds and benefitting from the demand of open markets. I believe they should matter even more – they can afford it technologically, while on the domestic market, they are often unable to keep up with the expectations of trade, as fulfilled and defined by large companies. So where is their opportunity for more?

From this viewpoint, it seems obvious to support the exports of such companies . Here, despite the habit of complaining, the situation is not bad at all – one should just notice the important things. Above all, the fact they benefit from the current circumstances and trends. One should recognize them, educate and help the companies to use them properly. Firstly, new demand structures are developing – almost right across the  border. The problem is that trends of developed food markets show an increase in interest in specialized, profiled food. The health-promotion feature in different forms reigns here, along with particular functional properties. This is compounded by many years of growing demand for organic food (also known as bio, eco, etc.), appropriately marked and certified. Secondly, the convenience trend is deepening, encompassing the manner of exhibition, ordering, payment, information, packaging, etc. The expected properties include utility functionality as well as availability in diverse physical and virtual sales channels. Thirdly, we benefit from the geopolitical and economic structure of the Polish food presence abroad – mainly in Europe. And this is the most important thing.

Europe has the richest markets, present in the trends mentioned above: German, French, Benelux, British, Scandinavian. The pace and direction of change is illustrated by the Mintel report, “Innovativeness vs. health. Opportunities for food brands”. The passage concerning so-called natural products (a very broad category) is quite telling. It reads that among new food products in 2016/2017, natural products accounted for 17% in Germany, 15% in France, 13% in the UK, 8% in Italy, 6% in Spain. Incidentally, these are our leading export markets (lacking the Czech Republic, currently the second largest recipient of our food). The conclusions are obvious – we should go there but we should go prepared. Of course, expansion to non-EU markets is more than desirable, but the “go Europe” slogan has not gone obsolete.

We need knowledge of opportunities and a system of efficient establishment of business contacts – those in possession of such knowledge are those who have succeeded, yet they are quite reluctant to share it with their competitors. Therefore, one should be able to gain this knowledge and to know how to use it successfully – which is often beyond the time and resources of a small or medium company. This is not impossible but it requires a change in philosophy of pro-export action, as well as being immune to both optimist and pessimist stereotypes.  Here’s a random example of stereotyped and wishful thinking: exports to the USA and to China. Actually, this is not true at all that the magnificently vast Chinese market is available to everyone – many have learned it the hard way, as evidenced, among other things, by trade balances for the last few years. And it is not true either that the USA is just waiting for excellent offers of high-quality products from Poland and from the EU in general. As one can see, the current situation in the exchange with the EU (and thus with Poland) is deemed “too much already” by the new government of this otherwise friendly country. The beautiful idea of TTIP, an almost-common trans-Atlantic market, has gone to the archives of economic diplomacy for the time being. So let us distance ourselves appropriately from political slogans…

What we also need is a thorough change in the area of cooperation between public authorities and business organizations, as well as meritocratic bodies, following a clear procedure and expert-based rather than representative for specific circles, deciding on support to export expansion. I believe that a new public-private formula is needed for the concept of implementing promotions of the country, products and companies. The basis should be a clear-cut elaboration on the principles of cooperation, as well as a sharply defined scope of activity in each of the three mentioned fields. The concept of operation of foreign bureaus of the Polish Investment and Trade Agency is a step in the right direction, but this is just a potential element of a potential promotional network. This is an important but separate subject, yet I point it out in the conclusion, beckoning the publisher with readiness to write a concept. I also point out the need for cooperation with trade chains for the sake of export-supporting activities, including promotional ones. There are enormous achievements here  (the value of chain-based exports is approx. PLN 10 billion), with even more potential – all that is needed is a wise proposal and guarantee of mutual benefit.