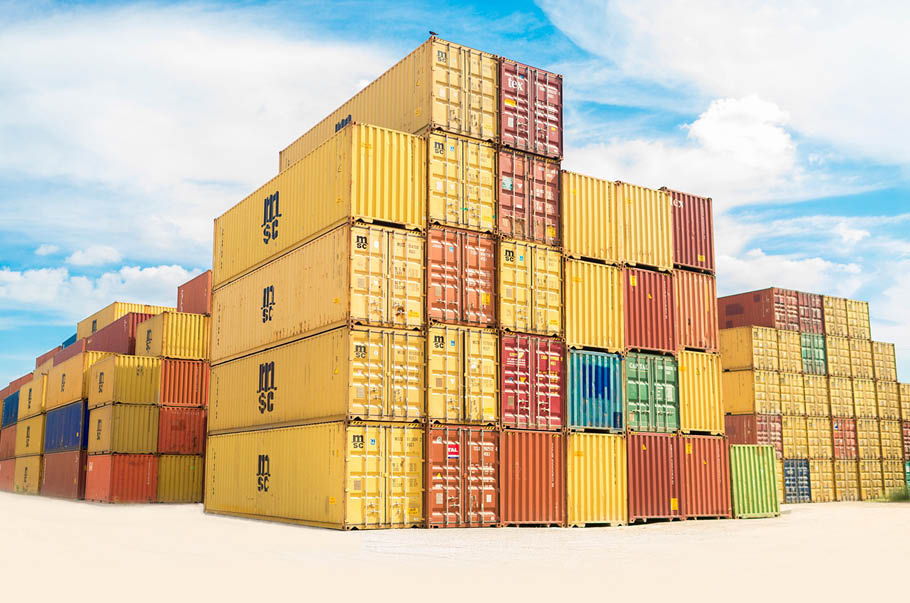 The initial data of the Eurostat indicate another record in exports of Polish foods being broken last year. Over nine months in 2017, foreign sales of the agri-food industry comprised products worth approx. EUR 20 billion, which is as much as 13% more on an annual basis. Depending on the sales in the fourth quarter, the value of food exports for the entire year may reach between EUR 26.7 billion to as much as EUR 27.5 billion.
Commodity structure

On the one hand, the export results in 2017 benefitted from favourably high prices on the global market. The average value of the FAO food price index for the previous year stood at the level of 174.6 points, which means an increase by 8% in comparison with 2016. Higher prices were recorded for meat, milk, cereals, and vegetable oils. Only sugar was cheaper. On the other hand, the industry was increasing its presence on non-Polish markets, which has even translated into growth of sales volumes for the majority of assortments.

The major export goods in the three quarters of 2017 included: meat, tobacco products, as well as dairy products and eggs. Their total share in total food exports exceeded 36% in the period under consideration.

Between January and September, Polish exporters sold EUR 3.4 billion worth of meat products abroad, which was 15% more than in the analogous part of the previous year. This was caused by higher exports of the three main meats: pork, poultry and beef. Initial data of the Ministry of Finance (for the Ministry of Agriculture and Rural Development) show that 356 000 tons of unprocessed pork, worth EUR 732 million, were sold abroad between January and September 2017. In terms of value, exports rose by 27%, whereas the volume increased by 9%. In the same period, foreign sales of unprocessed beef increased to 299 000 tons, which is an 11.5% growth year-on-year. The value of this assortment rose by as much as 17%, exceeding EUR 1 billion. In both cases, export results were stimulated by the growth of prices on the EU and global market. The situation was slightly different in the poultry sector, where prices would remain on a low level. In this case, entrepreneurs strongly increased the volume. Consequently, the value of exports rose by 7% to EUR 1.4 billion. The volume increased by 10% to 818 000 tons.

A significant contribution to the results of total food exports was brought by the dairy industry, benefitting from the high demand for dairy products in Europe and worldwide in 2017 and, consequently, from high export prices. At a slight increase in volume, the value of foreign sales increased considerably. The data of the the Ministry of Finance (for the Ministry of Agriculture and Rural Development) show that the value of sales of liquid milk rose by 49% year-on-year in the period under consideration, at a 2% drop in volume. In the case of powdered milk, exports rose by 11% in terms of volume and by 38% in terms of value. The volume of the sales of yoghurts increased by 8%, at an 18% growth in value. On the other hand, the value of the export of butter rose by almost 100%, whereas the volume increased just by 18%.

In the period under consideration, a significant increase in the value of foreign sales was also recorded for: fish and fish preparations, grain mill products and starches, confectionery products, cereal preparations, and tobacco products.

Polish foreign sales are mainly driven by demand from the EU market, accounting for more than 80% of the total value of exports of our food. The most important group of recipients comprises the states of the “old fifteen”. Among “third countries”, the states of the CIS still remain an important outlet, however, their role has significantly declined since the introduction of the Russian embargo in 2014. Polish enterprises place increasingly more food on other markets, such as the EFTA countries or North America.

The most important recipients of Polish foods are traditionally Germany, the United Kingdom and the Netherlands. Between January and September of the previous year, the Polish food industry has placed EUR 4.7 billion worth of goods on the market of our largest recipient, Germany, accounting for as much as 23% of the value of total exports of agri-food products. This market was mainly provided with meat, fish, dairy products, bakery and confectionery products, as well as tobacco products. The runner-up in terms of export value was the UK. Over the first nine months of 2017, Polish companies sold EUR 1.7 billion worth of products there (9% of total exports). The largest share of commodities was comprised by meat, meat and fish preparations, as well as tobacco products. The top three is closed by the Netherlands, where the value of exported products in the period under analysis amounted to EUR 1.3 billion (a 6% share in total Polish foreign sales of agri-food products). The Dutch market mainly imported meat, dairy products, and tobacco products.

This year, the importance of exports in the revenues of domestic enterprises will still be on the rise. Their value will be largely affected by the situation on the global market.

We expect poultry prices to remain at a low level, yet the growing domestic production will stimulate further growth of exports. On the other hand, we expect a decline in the prices of pork and dairy preparations. However, in the latter case, the decline should not be deep, due to the persistent high demand for dairy assortment.

High cereal harvests in Poland in 2017 will be favourable to export results. However, bad weather during the harvest calls the grain quality seriously into question, which will affect the actual offer of Polish exporters.

Legal changes in Poland will be important as well. In the case of beef, there is uncertainty connected with the future developments concerning the act on the prohibition of ritual slaughter. The potential return of plans to introduce such prohibition in Poland will affect the domestic beef sector that sells almost its entire production abroad.

However, we expect the exports to rise continuously. Even if the growth rate becomes seriously weakened, there is a good chance that the sales value in 2018 will reach between EUR 28 and 29 billion.