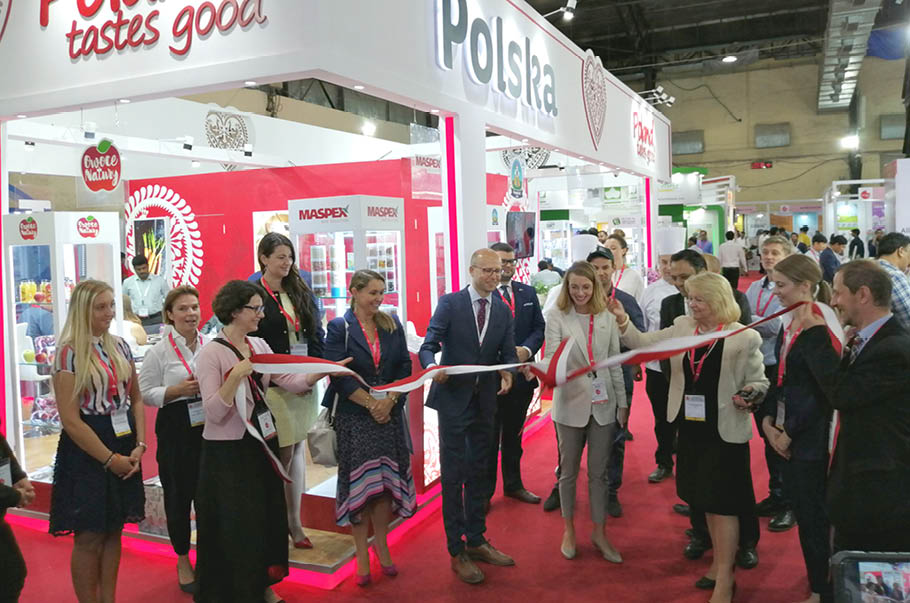 The entrepreneurs and institutions of the Polish agri-food sector have come to the end of another hardworking and fruitful year. We don’t yet have the full export data for 2019, but the data for the period from January to October 2019 show that the value of Polish agri-food exports amounted to 26.1 million euros, representing a growth of 6% compared to the same period in 2018.
Given the fact that 2018 was a record year in terms of the value of exported agri-food products (29.7 million euros), there is every chance that Poland will be able to celebrate another year of export success for 2019.

The export performance is evidence of the growing popularity of Polish food, whose taste is winning hearts and palates all over the world. However, even the best products require the proper advertising and institutional support. In the case of Polish food, this is the task of the National Support Centre for Agriculture (KOWR). KOWR, overseen by the Polish Ministry of Agriculture and Rural Development, is the main centre in Poland responsible for the promotion of Polish food domestically and abroad. For years (formerly as the Agricultural Market Agency) KOWR has been present at the major international food trade fairs, organising Polish national stands and official trips abroad for entrepreneurs. KOWR also carries out other promotional activities on a regular basis, such as festivals and tastings of Polish food, B2B meetings, business trips to Poland for foreign importers of Polish food, and study visits for foreign journalists and media representatives. We carry out our activities all over the world under the slogan ’Poland tastes good’.

KOWR’s activities are concentrated on the export destinations which require promotional support, chosen following analysis and consultations with sector representatives. In 2019 we focused mainly on the Asian, Middle Eastern and European markets, considered to have the greatest future potential for Polish agri-food products. The Polish national stands organised by KOWR drew crowds at the largest food expos in Berlin, Cologne and Amsterdam, as well as in Dubai, Tokyo, Ho Chi Minh City, Seoul, Bangkok, Hong Kong and Mumbai. We co-organised the promotion of Polish food at the third edition of the PolandSHIOK Festival in Singapore, the Poland Food Festival in Jakarta and Brussels, and during the 3rd May Constitution Day celebrations in Abu Dhabi and Tel Aviv, among other events. At KOWR’s invitation, food importers came to Poland from Indonesia, Singapore, Thailand, Taiwan and Vietnam, holding business meetings with Polish entrepreneurs and visiting production plants, in order to see for themselves the modernity of the Polish agri-food sector and the reliability of the food production system in Poland.

The slogan ’Poland tastes good‘ was also repeated many times in 2019 in the foreign media and on food blogs. We hosted media representatives who travelled to Poland from all over the world, including from Vietnamese and Senegalese television, as well as industry journalists from China, India, the UAE and South Africa. In December 2019 we also invited food bloggers from Singapore, Germany, the Czech Republic and the United Kingdom, who got to experience the diversity of Polish cuisine and savour our food.

KOWR’s plans for promotion abroad in 2020 include activities in 21 countries. There have also been new export destinations introduced. You are most welcome to visit us at our national stand at ISM Cologne (hall 5.2, stand C 21 / D 28) and at other trade fairs, as well as to work with us.