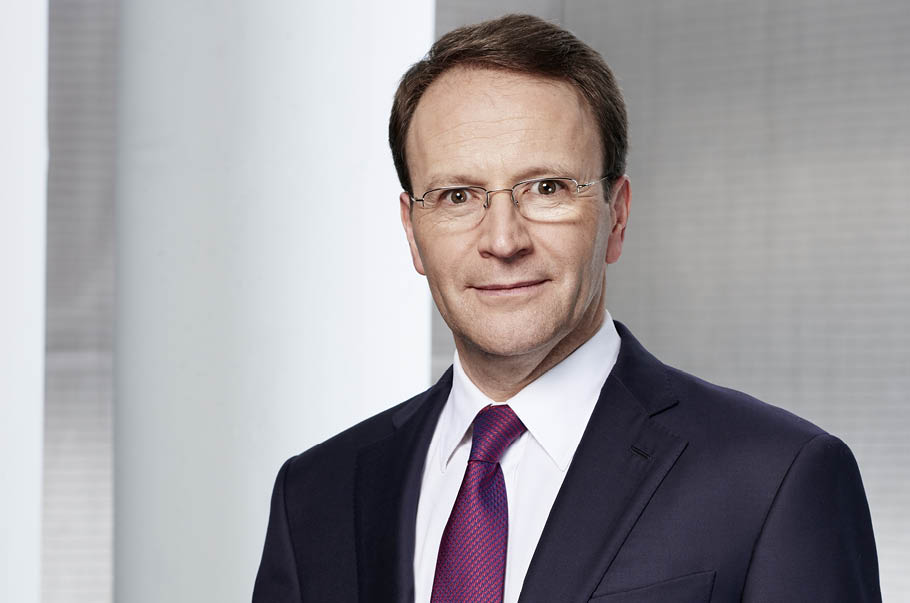 Mark Schneider, Nestlé CEO, said: "We are pleased with our progress in 2018. All financial performance metrics improved significantly and we saw revived growth in our two largest markets, the United States and China, as well as in our infant nutrition business. Nestlé keeps investing in future growth and – at the same time – has increased the amount of cash returned to shareholders through our dividend and share buyback program.
We made significant progress with our portfolio transformation and sharpened our Group’s strategic focus, strengthening key growth categories and geographies in the process. Our unique Nutrition, Health & Wellness strategy, with food, beverage and nutritional health products at its core, has become much clearer as we completed a sizeable number of transactions and announced strategic reviews for Nestlé Skin Health and Herta.

In 2018, we upgraded our innovation engine notably to ensure continued technology leadership and a shorter time to market. In the fast-changing food and beverage space Nestlé has what it takes to truly excite consumers with meaningful innovation and must-have products.

We reaffirmed our sustainability leadership at a time when consumers and regulators around the world are increasingly looking for solutions to today’s environmental and societal problems. Our decisive action and strong commitments to tackle the global packaging waste problem are a case in point.

We are on our way to meeting our 2020 targets and positioning Nestlé for sustained and sustainable growth in the years beyond." * 2017 figures have been restated to reflect:

Organic growth reached 3.0%, fully in line with the February 2018 guidance. Group RIG increased to 2.5% for the full year and remained at the high end of the food and beverage industry. This was supported by disciplined execution, faster innovation and successful new product launches. Pricing was 0.5%, with some improvement from 0.3% in the first half to 0.9% in the second half of the year. Net acquisitions increased sales by 0.7%. This was largely related to the acquisitions of the Starbucks license and Atrium Innovations, which more than offset divestments, mainly U.S. confectionery. Foreign exchange reduced sales by 1.6% as several emerging market currencies devalued against the Swiss franc. Total reported sales increased by 2.1% to CHF 91.4 billion.

2018 organic growth was supported by stronger momentum in the U.S. and China, Nestlé’s two largest markets. There was also a step up in organic growth for the infant nutrition and confectionery businesses. Petcare, coffee and Nestlé Health Science continued to make significant contributions with sustained high growth. Organic growth for the Group was 1.6% in developed markets and 4.9% in emerging markets.

Margin expansion was supported by operational efficiencies, structural cost reductions and improved mix, which more than offset higher distribution expenses. Overall, the impact of commodity costs was broadly neutral, as increases in Zone AMS and Nestlé Waters were compensated by decreases in the other geographies and categories. Consumer-facing marketing expenses increased by 1.3% in constant currency.

Net profit grew by 41.6% to CHF 10.1 billion, and earnings per share increased by 45.5% to CHF 3.36. Net profit benefited from several large one-off items, including income from the disposal of businesses. The increase was also supported by the improved operating performance.

During 2018, the Group repurchased CHF 6.8 billion of Nestlé shares. As of December 31, 2018, the Group had implemented CHF 10.3 billion (52%) of Nestlé’s CHF 20 billion share buyback program announced in 2017. In light of strong free cash flow generation, Nestlé intends to complete its current program six months ahead of schedule by the end of December 2019.

Net debt increased to CHF 30.3 billion as at December 31, 2018, compared to CHF 21.4 billion at the end of 2017. The increase largely reflected share buybacks of CHF 6.8 billion completed during 2018, and a net cash outflow of CHF 5.2 billion on acquisitions and divestments.

The Group's return on invested capital increased to 12.1%. The improvement was the result of lower goodwill impairment, improved operating performance and disciplined capital allocation.

Nestlé completed acquisitions and divestments with a total transaction value of around CHF 14 billion in 2018. This included the acquisition of the Starbucks license and Atrium Innovations, and the divestment of the U.S. confectionery and Gerber Life Insurance businesses. Nestlé also decided to explore strategic options for Nestlé Skin Health. This review is expected to be completed by mid-2019.

The Board of Directors has decided to explore strategic options for the Herta charcuterie business, including a potential sale. The strategic review covers Herta charcuterie (cold cuts and meat-based products) in France, Germany, Belgium, Luxembourg, the United Kingdom and Ireland, with 2018 sales of about CHF 680 million. Nestlé will retain and develop its existing Herta branded dough and vegetarian businesses.

This decision underscores Nestlé’s increased focus on high-growth plant-based offerings. These include the Garden Gourmet range in Europe and plant-based food products under the Sweet Earth brand in the U.S. Plant-based diets have become increasingly popular as consumers look at different ways to balance their protein intake and lower the environmental footprint of their diets.

The strategic review of the Herta charcuterie business is expected to be completed by the end of 2019.

Organic growth increased to 2.0%, supported by higher RIG of 1.3% following an acceleration in North America. Pricing remained soft at 0.7% but showed improved momentum in the second half of the year. Net acquisitions increased sales by 0.3%. Foreign exchange had a negative impact of 3.2%. Reported sales in Zone AMS decreased by 0.9% to CHF 31.0 billion.

North America returned to positive growth in 2018, with strong momentum in the fourth quarter. This was supported by continued solid growth in Purina petcare, particularly with Pro Plan, Fancy Feast and Tidycat, and the e-commerce channel. Coffee-mate creamers and Nestlé Professional also maintained high growth. The infant nutrition business returned to positive growth in the fourth quarter. The licensed Starbucks business was smoothly integrated and saw strong demand for its coffee products. Growth in frozen food, including pizza, was flat.

Latin America posted positive organic growth with broad-based contributions from most categories. Momentum improved sequentially in each quarter of the year, with mid single-digit growth in the fourth quarter, helped by increased pricing. In Brazil the trading environment remained challenging. The market returned to positive organic growth in the second half of the year, with stronger pricing and an acceleration across most categories, especially in confectionery and infant nutrition. Mexico maintained consistent mid single-digit organic growth, with a strong contribution from Nescafé and NAN infant formula. Purina petcare, with sales in excess of CHF 1 billion in Latin America, reported another year of double-digit growth.

Organic growth was 1.9%, supported by solid RIG at 2.6%. Pricing declined by 0.7% as deflationary trends continued to affect the food and retail sectors across most markets in Western Europe. Net acquisitions increased sales by 0.1%. Foreign exchange increased sales by 0.5%. Reported sales in Zone EMENA increased by 2.5% to CHF 18.9 billion.

Zone EMENA maintained solid organic growth in 2018. RIG was resilient and positive across all subregions. The trading environment in Western Europe remained deflationary, resulting in negative pricing. The Zone’s growth was mainly driven by Purina petcare, infant nutrition and Nestlé Professional. Premium products, representing 22% of the Zone’s sales, saw strong growth of around 10%. This strong momentum came from products such as Felix and Gourmet cat food, as well as NAN infant formula with Human Milk Oligosaccharides (HMOs). Nescafé posted positive growth in spite of lower coffee commodity prices and a challenging competitive environment. Confectionery had positive growth supported by innovation. The new all-natural, vegetarian and gluten-free snack bar Yes! was launched in September.

Organic growth was strong at 4.3%, comprised of 3.6% RIG and 0.7% pricing. Acquisitions and divestments had no impact on sales. Foreign exchange reduced sales by 2.1%. Reported sales in Zone AOA increased by 2.2% to CHF 21.3 billion.

Zone AOA maintained consistent mid single-digit organic growth. China saw improved growth compared to 2017. This was supported by innovations in infant nutrition, coffee and culinary, as well as strong growth in e-commerce. South-East Asia posted solid growth underpinned by double-digit growth in Vietnam and Indonesia, led by Milo and Bear Brand in particular. Robust growth in South Asia was based on strong momentum for Maggi, Nescafé and KitKat, with several new product launches. Sub-Saharan Africa posted mid single-digit growth despite a lower contribution from pricing. Japan and Oceania reported positive growth with successful launches of Nescafé Gold and KitKat Gold in Australia. Overall for the Zone, infant nutrition, Purina petcare and Nestlé Professional grew mid single-digit, helped by a strong performance in the second half.

Organic growth was 2.1%. Pricing improved to 2.7%, mainly due to price increases in North America. This was partially offset by a RIG decline of 0.6%, also attributable to North America. Net acquisitions reduced sales by 1.0%. Foreign exchange had a negative impact on sales of 1.2%. Reported sales in Nestlé Waters were CHF 7.9 billion.

In North America growth was supported by price increases in the United States, reflecting significant cost inflation in packaging and distribution. There were strong contributions to growth from the international premium brands S.Pellegrino and Perrier, the launch of sparkling spring waters such as Poland Spring and Zephyrhills, as well as the Direct-to-Consumer business, ReadyRefresh. Europe saw positive growth following a return to mid single-digit growth in the second half of the year, most notably in the UK and France. The international premium sparkling brands, S.Pellegrino and Perrier, maintained good growth.

Organic growth of 5.7% was supported by strong RIG of 5.4% and pricing of 0.3%. Net acquisitions increased reported sales by 5.6% and foreign exchange had a negative 0.2% impact. Reported sales in Other Businesses increased by 11.1% to CHF 12.3 billion.

The underlying trading operating profit margin of Other Businesses increased by 60 basis points. This was mainly due to an improvement in Nestlé Skin Health and Nespresso.


Board proposals to the Annual General Meeting

At the Annual General Meeting on April 11, 2019, the Board of Directors will propose a dividend of CHF 2.45 per share, an increase of 10 centimes. The last trading day with entitlement to receive the dividend will be April 12, 2019. The net dividend will be payable as from April 17, 2019. Shareholders entered in the share register with voting rights on April 4, 2019 at 12:00 noon (CEST) will be entitled to exercise their voting rights.

2019 Outlook: continued improvement in organic sales growth and underlying trading operating profit margin towards our 2020 targets. Restructuring costs1 are expected at around CHF 700 million. Underlying earnings per share in constant currency and capital efficiency are expected to increase.

1Not including impairment of fixed assets, litigation and onerous contracts

* 2017 figures have been restated to reflect: