Poland is one of Europe’s largest producers of geese 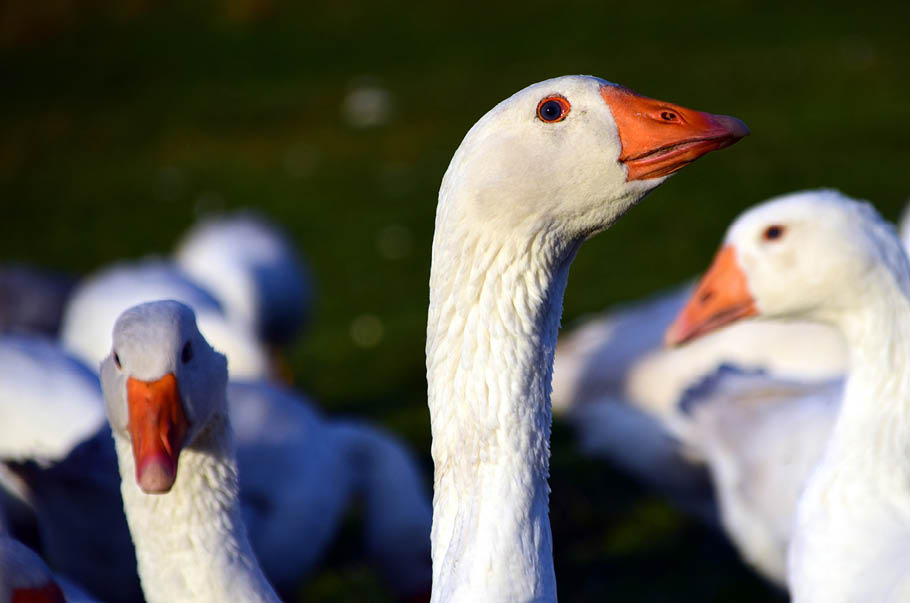 Poland is among the largest producers and exporters of goose meat. We produce almost 8 million geese, which equals 45,000 tons. The vast majority is scheduled for export. For many years, the Germans and the French had been the greatest recipients of Polish goose meat. In 2018, Hong Kong became the largest importer. Domestic consumption is on the rise too. Only several years ago, a statistical Pole would eat just 17 grams of goose – currently, the amount is almost 20 times higher.
“The production of goose meat in Poland has been on the rise in recent years. To maintain our farms, we have to increase production, and goose is no exception. Currently, we produce approx. 45,000 tons, equalling approx. 8 million geese. Goose farms also increase their numbers of poultry. The average used to be 5,000 geese per farm, while today, the number can reach as much as 30,000 geese,” Krystyna Ziejewska, the president of the Iława Goose Producers Association, says in an interview with the Newseria Biznes news agency.

Poland is among Europe’s largest goose producers. The vast majority of this meat is scheduled for export. For many years, the Germans and the French had been the main recipients of goose meat produced in Poland – in 2017, the value of Polish goose exports amounted to EUR 90.4 million, of which the German market accounted for EUR 75 million. The data for 2018 show that currently, the largest importer of Polish goose meat in terms of value is Hong Kong. The National Chamber of Poultry and Feed Producers states that only for the first seven months of 2018, the share of goose in poultry exports to Hong Kong comprised more than 8 percent. In total poultry exports to all foreign customers, it comprised approx. 0.5 percent.

“The year of 2017 was somewhat weaker in exports due to avian influenza, but the numbers recovered in 2018, and we plan another increase for 2019,” Krystyna Ziejewska assesses. “Estimates show that approx. 10,000 tons are eaten in Poland.”

Goose consumption in Poland is gradually rising. Although the amount is still small in comparison with other kinds of poultry meat, recent data show an approx. 20-fold increase in consumption. The Iława Goose Producers Association assesses that the average consumption less than twenty years before was just 17 grams, while currently it exceeds 300 grams per capita each year.

“There is a fashion for good, functional food, and this is where goose definitely finds its place. Above all, this is a very healthy kind of meat, as determined by the nutrition of these animals – geese need no additives, no growth stimulators,” Krystyna Ziejewska insists.

Additionally, the fact that a goose is fed on oats for its final weeks gives peculiar properties to its meat. It contains much protein, mineral ingredients, vitamin A, as well as vitamins of groups B and E, it is also characterized by a low fat and cholesterol content. Thanks to CLA acids, it improves the metabolism.

“Apart from the high content of unsaturated fatty acids, goose fat also contains much zinc and silicon, making this meat really healthy and recommended in several diseases, such as Alzheimer’s, or diabetics. The fact that geese are fed on green forage also brings one, quite peculiar feature not everyone knows about: goose liver has the highest content of vitamin K2 among all products available on our market,” Krystyna Ziejewska points out.